Why an ISA Might Be The Way To Pay For Educaation 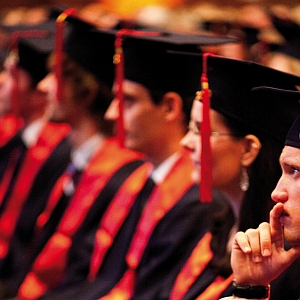 Have you noticed how many of our beloved government’s plans and agencies all have three letters? You have the oninous ones, like the CIA, FBI, and NSA, and you have the do-good ones, like the TVA, CDC and NIH. It’s not only the agencies, even their plans have three letters, like the IRA (not to be confused with armed Irish terrorists). Washington, it seems, thrives on three-lettered things. Welcome to the newest addition: the ISA, or Income Sharing Account.

What all the three lettered thingies have in common is an enemy. They all exist to fight something, add something, or make up for some deficiency. The ISA, like the IRA, is an “account,” a money thing, and it has an enemy, too: the high cost of higher education.

Investment accounts have been around forever. If anything, there are not enough of them. It’s what people use to set aside money for a comfortable future. For example, what sets an IRA apart from a regular investment account is the Federal Government, which attached certain benefits, like tax breaks, to it.

What is an ISA?

An ISA allows students to raise funds to pay for their degrees by selling “shares” in their future earnings, kind of a cross between crowdfunding and venture capital. Have you ever watched he popular television show Shark Tank? In it, entrepreneurs pitch their young businesses to five rich tycoons (the “sharks”) in hopes of attracting an investment from one or more of those “sharks.” Some entrepreneurs are youngsters with a great idea, some are savvy veterans, and others are just ordinary families hoping to turn a great idea into a million-dollar business.

The sharks typically don’t invest in businesses where the pitch revolves tear jerking. They don’t care that you had hardships, no opportunities, or that you’re the most deserving and upstanding citizen on earth. They only care about two things:

You may also have heard of Kickstarter and other sites which offer something similar: an opportunity for an entrepreneur to raise money to fund a venture. They even have a name for that type of thing: crowdfunding. As the name implies, you don’t attract investments from one or a few individuals, but from a crowd. The crowd usually gets a financial stake in the new business in proportion to the money invested, but not necessarily. For $5 invested, all an investor may get is a discount coupon on the new product when it gets launched.

Crowdfunding, in one form or another, has been around as long as the human race. Grandparents giving kids money to start a lemonade stand or paper route are classic examples. Don’t let the down home examples fool you, though: the City of Green Bay, Wisconsin is a master at this: in 2011, they raised over $60 million for their NFL team, the Packers, by selling “shares” which have no votes, and no share in any profits. All it was is a huge civic crowdfunding exercise… and a successful one.

Selling a share in a future income stream is of course not something new. Steven Jobs did that decades ago, when he sold shares in Apple to the public. Facebook and Alibaba are recent well-known corporations who did the same thing. The practice comes from British and Dutch merchants centuries ago, when they would send their merchant ships to the Far East to trade for tea and spices. Fifty rich shareholders would invest a million dollars (in today’s money) to build, outfit and crew a ship, which would take two years to sail to India, Indonesia and China.

Sometimes the ship would come back and the shareholders would split five million between them. That would be wonderful. They would throw lavish parties and hire painters to paint portraits of their wives.

Frequently, though, the ships would not return, and the shareholders would lose all that money. That would be a tragedy — no parties and no paintings.

In other words, every venture had a chance for either riches or tragedy. They called that chance risk. They understood: when they pony up the money for a trip, they might lose it all. However, they take the risk, because along with the risk, there’s the promise of a rich reward.

When you invest money for your retirement, you limit your risk with something called diversification. That, too, comes from what those naval merchants learned. Instead of three investors putting everything they have in a single ship, they would get fifty investors to each put a tenth of their wealth in a single ship. Then they diversified even further: instead of sending just one ship, they sent four or five. If one goes down, others will survive and make it back.

Oh, and by the way, that’s exactly where this thing we call insurance comes from: those ship owners and Lloyds of London sharing their risk. There are, as you can see, many ways for investors in risky ventures to alleviate that risk through diversification.

The ISA, then, is a mixture of crowdfunding, mutual funds and Shark Tank. An ISA is a financial instrument that can be administered by the government, or by private financial institutions. Its defining characteristic is that an individual gains access to cash for a college degree, in exchange for a promise that they will pay back a fraction of their earnings for a prescribed period of time to the entity that put up the money. And, by grouping a number of students’ funding, it spreads the risk over many students.

The New York Times recently published an article about online “trade schools” like the App Academy, which charges no tuition, but will take 18% of the income graduates earn in their first year.

What all of these funding mechanisms have in common is: they’re not loans. Loans have to be paid back, with some interest, whether the venture fails or succeeds. None of these investments carry that requirement. If the venture pays off, they make way more money than the interest on a loan. However, if it doesn’t, investors lose it all with no recourse.

Imagine you’re a high schooler, and you’re thinking of going to college. College these days almost costs as much as one of those shipping expeditions to the Far East. “But,” you think to yourself, “I should make a lot of money with a degree. Everyone tells me I’m smart, but I don’t have the money to pay for a college degree, and neither do my parents. Hmmm… I wonder if I could persuade all of those people who tell me I’m smart to put their money where their mouths are?”

This is a classic good news, bad news situation.

The good news is obviously that with something like an ISA more students will have access to increasingly expensive higher education. Furthermore, when a hundred investors invest in a pool of a hundred students, the diversification allows them to spread the risk, much like those old ship owners from days gone by.

The bad news is outside investors, more likely than not, will, like venture capitalists and the sharks on Shark Tank, focus strongly on the financial outcomes of the education. If you’re a student looking to get “investors” to fund your degree in art or history, you’re much less likely to attract funding than for an engineering or medical degree.

But, is that a bad outcome? This is not to disparage a degree in the liberal arts, but the moment outside money, whether it be student debt or something like an ISA, enters the picture, the financial return on higher education becomes much more important.

At the present time, there are well used mechanisms in place for the Federal Government to assist colleges with grants and loans, but not ISAs. Because of that, most students would only elect an ISA over a traditional loan or grant if they were tapping into private sources of funding.

Will the Federal Government add a sanctioned form of ISA to their formidable array of three letter plans to benefit society? Time will tell.

You, however, are in luck. You don’t need government approval to save money on your auto or home insurance… or insurance for you new iPhone or Galaxy. All you need to do is give Grant’s team a call. How easy is that?